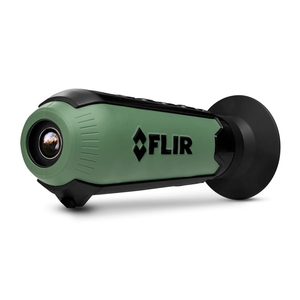 Prev
Next
Product Unavailable Unfortunately this product is unavailable. Why not try one of the great alternatives below?

This product is well constructed and is designed for outdoor use. It delivers the published specification. I have found it good for finding my terriers in the dark and for detecting other people at distances up to 100 yrds. FLIR Product Registration was a disappointment because the site didnt seem to recognise that I was from the UK and didnt provide support information relevant to the UK only the USA.

Dose the job great little FLIR for the price .

Functions okay for the price

Fairly good for the price. The only down side apart from the field of view (which I was aware of) is the calibrating that happens every now and again. It doesnt happen that often however it can be frustrating when youre trying to photograph/film something and the screen temporarily locks while the message is displaying.This is my first time delving in the thermal realm and I think the product is a nice introduction into the area it would have earned five stars if it was a little cheaper.

Review by Rob B

The flir scout tk is a good piece of kit for the price£500considering the next model is over £1000basically it does what it says on the box I found it worked better in fields an open areasthan in thick wooded areas. but saying that it still picked up heat signatures in woods but small animals such as squirrelsrabbits were harder to see at long range and appeared very small on screen which is understandable as its not a long range version.but works well

Great product with hidden flaws, key strokes in the dark reveal a hidden menu, trying to escape from this menu has thrown my scout TK into a muddle, can I replicate the key strokes - nor yet.